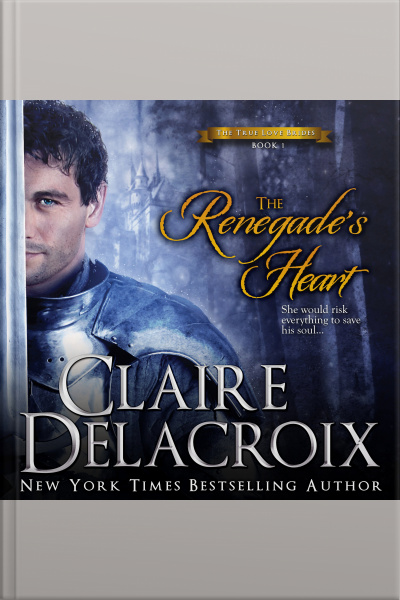 She would risk everything to save his soul…

Released from the captivity of the Fae, Murdoch Seton wants nothing more than to forget his lost years. Undertaking a quest to recover treasure stolen from his family seems the perfect solution – but Murdoch is not counting upon a curious maiden who holds both the secret to the theft and his sole redemption.

Isabella is outraged to find her brother’s keep besieged by a renegade knight—especially one who is too handsome for his own good or hers. After a single encounter, she becomes convinced that his cause is just and decides to unveil the true thief, never imagining that their single shared kiss has launched a battle for Murdoch’s very soul.

As the treacherous Fae move to claim Murdoch forever, Isabella seeks to heal the knight who has stolen her heart. But will Murdoch allow her to take a risk and endanger herself? Or will he sacrifice himself to ensure Isabella’s future?