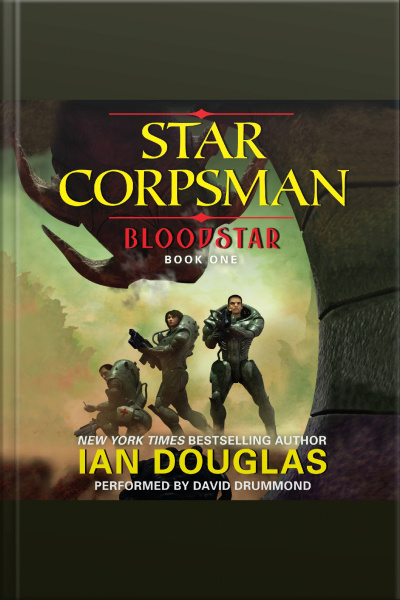 With his Heritage, Legacy, and Inheritance trilogies, New York Times bestselling author Ian Douglas established himself as one of the true masters of military sf—sharing center stage with such authors as Rick Shelley, John Ringo, David Sherman, and Dan Cragg in a wildly popular sub-genre of science fiction that includes such enduring classics as The Forever War by Joe Haldeman and Robert Heinlein’s Starship Troopers. Now, with Bloodstar, Douglas kicks off his new series, Star Corpsman, with a bang, focusing on the elite units of recon Marines and S/R Corpsmen who infiltrate alien worlds ahead of major planetary invasions to gather intelligence on both the local environment and on the psychology and biology of the enemy. In Bloodstar  Ian Douglas carries readers once more across the vast galaxy, light-years from Earth, and into the fire and terror of future war.