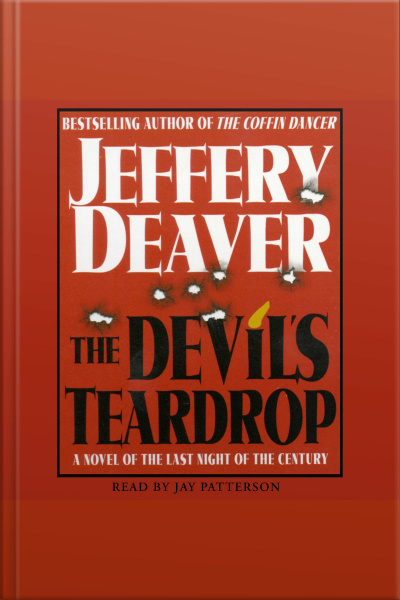 Devil's Teardrop: A Novel Of The Last Night Of The Century [abridged]

After an early morning machinegun attack by a madman called the Digger leaves dozens dead in the Washington, D.C., subway, the mayor’s office receives a message demanding twenty million dollars by midnight or more innocents will die. It is New Year’s Eve, and with the ransom note as the only evidence, Special Agent Margaret Lukas calls upon retired FBI agent and the nation’s premier document examiner Parker Kincaid to join the manhunt for the Digger—or for hundreds, the first moments of the new year will be their last on earth.