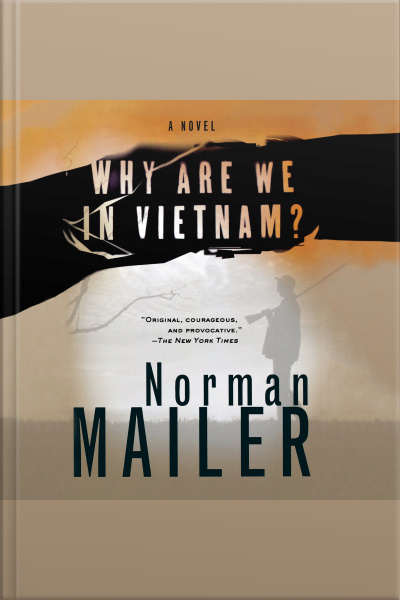 Why Are We in Vietnam? A Novel

When Why Are We in Vietnam? was published in 1967, almost twenty years after The Naked and the Dead, the critical response was ecstatic. The novel fully confirmed Mailer's stature as one of the most important figures in contemporary American literature. Now, a new edition of this exceptional work serves as further affirmation of its timeless quality.

Narrated by Ranald ("D.J.") Jethroe, Texas's most precocious teenager, on the eve of his departure to fight in Vietnam, this story of a hunting trip in Alaska is both brilliantly entertaining and profoundly thoughtful.