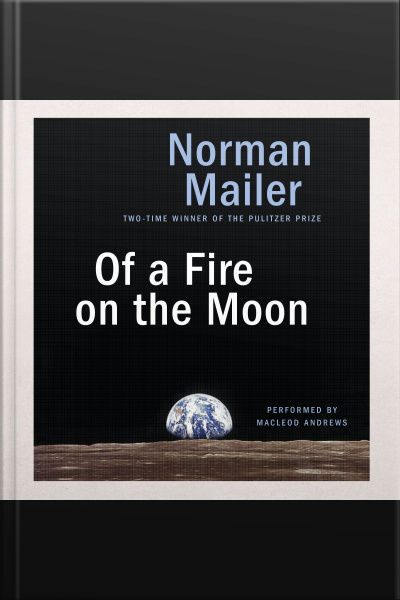 Of a Fire on the Moon

For many, the moon landing was the defining event of the twentieth century. So it seems only fitting that Norman Mailer-the literary provocateur who altered the landscape of American nonfiction-wrote the most wide-ranging, far-seeing chronicle of the Apollo 11 mission. A classic chronicle of America's reach for greatness in the midst of the Cold War, Of a Fire on the Moon compiles the reportage Mailer published between 1969 and 1970 in Life magazine: gripping firsthand dispatches from inside NASA's clandestine operations in Houston and Cape Kennedy; technical insights into the magnitude of their awe-inspiring feat; and prescient meditations that place the event in human context as only Mailer could.