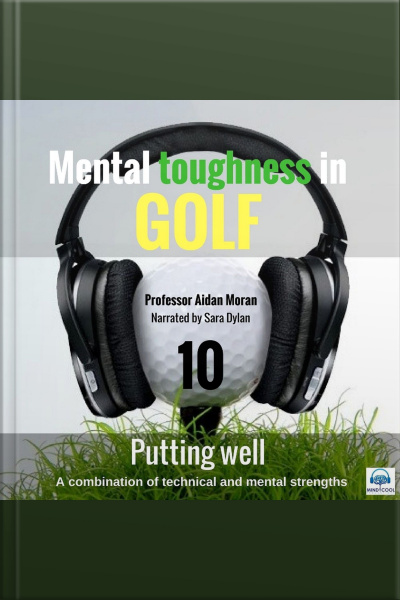 Written by Professor Aidan Moran. Aidan is Director of the Psychology Research Laboratory in University College, Dublin. Aidan’s work for the last twenty years has included one to one coaching on mental toughness with top players including Major winners. Narrated by Sara Dylan.

Putting is one of the most important, difficult and frustrating skills in golf. Let’s consider each of these points in turn. Firstly, it’s important because it accounts for at least 40% of all your strokes on the course and also because successful putting can boost your confidence and generate momentum. For example, sinking a 15 foot putt on the first green makes you look forward to tackling the second hole – whereas missing a two foot putt usually has the opposite effect. And remember – a two inch putt counts as much on your card as a 200 yard drive. Secondly, putting is difficult because it requires a combination of technical and mental strengths. That’s why, although putting looks easy – it’s hard to do well. For example, to be a good putter, you need good eye-hand coordination, solid technique and, above all, precise perceptual judgment. Judgment is necessary in order to gauge the line or path of your putt – a task which is made harder by the fact that golf greens contain lots of slopes and undulations, many of which are subtle or disguised. So, to be good on the green, you must be able to assess the “break” or degree of swing in a putt across uneven greens. Thirdly, as well as being important and difficult, putting is frustrating because a mistake here it can undo all your good shots on the way to the green. For example, how often have you had the experience of landing on the green after several good shots only to ruin your score by three-putting … or even worse?