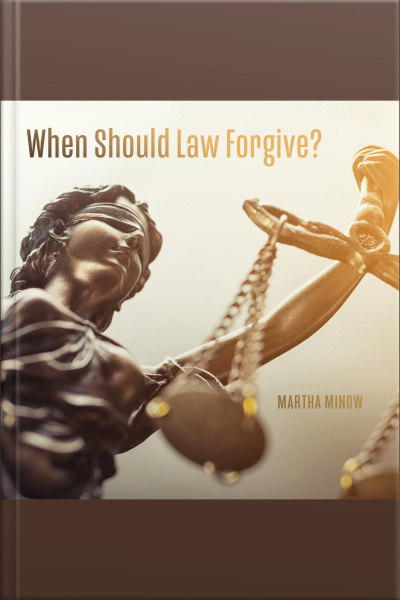 When Should Law Forgive?

The potential power of forgiveness in an age of resentment.

Crimes and violations of the law require punishment, and our legal system is set up to punish, but what if the system was recalibrated to also weigh grounds for forgiveness? What if something like bankruptcy - a fresh start for debtors - were available to people convicted of crimes? Martha Minow explores the complicated intersection of the law, justice, and forgiveness, asking whether the law should encourage people to forgive, and when courts, public officials, and specific laws should forgive.

Who has the right to forgive? Who should be forgiven? And under what terms? Minow tackles these foundational issues by exploring three questions: