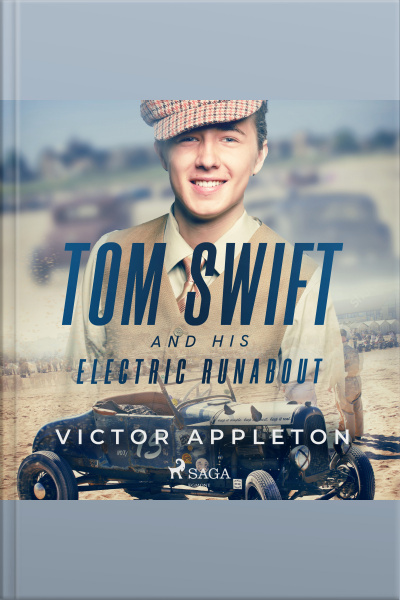 Tom Swift And His Electric Runabout

Tom Swift and His Electric Runabout, or, The Speediest Car on the Road, is Volume 5 in the original Tom Swift novel series published by Grosset & Dunlap. Tom Swift enters an upcoming race with his specially designed prototype electric race car. But as he makes the final preparations and adjustments, days before the race, he discovers a plot that would bankrupt not only his family, but also everyone else that relies on the local bank (which is the target of a nefarious bank run scheme). Tom must solve the mystery and stop the criminals behind the plot before he will test himself on a 500 mile race against some of the best cars and skilled drivers in the United States.