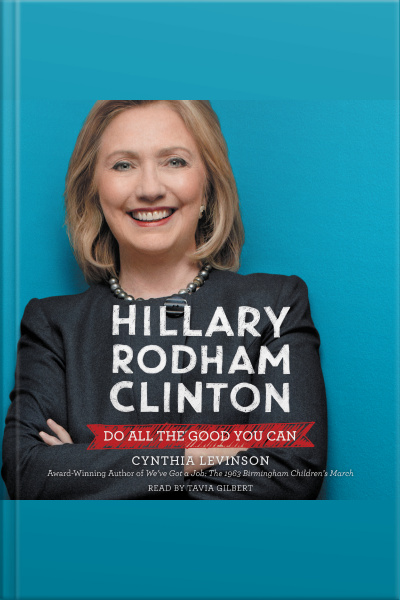 Hillary Rodham Clinton: Do All the Good You Can

An inspiring and meticulously researched middle grade biography of Hillary Rodham Clinton—First Lady, senator, secretary of state, and Democratic candidate for president in 2016.

Hillary Rodham Clinton is a true leader. Growing up in Park Ridge, Illinois, Hillary was inspired by the philosophy of John Wesley, who urged his followers to "do all the good you can." Rising to prominence in 1992 as the First Lady of the United States, Hillary captured the world's attention with her bold ideas and political forcefulness.

From her time at Wellesley to her life at the White House and beyond, Hillary has been at the forefront of huge change—and despite setbacks and political scandals, she has worked for good in the world.

Acclaimed author Cynthia Levinson creates a compelling and personal portrait of Hillary's historic journey from her childhood to her service as secretary of state and beyond. Includes a timeline of Hillary Rodham Clinton's life and an eight-page photo insert.