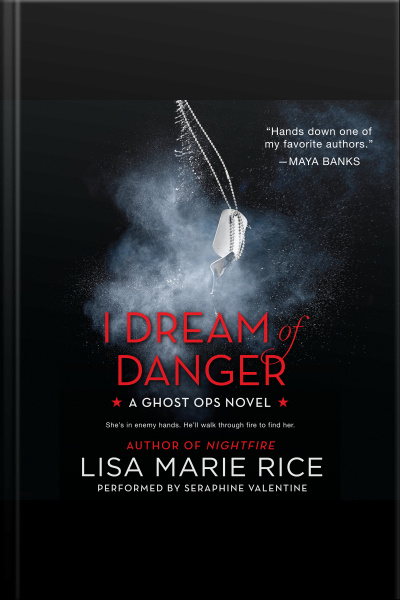 I Dream of Danger

They are the Ghost Ops: a covert squad of super-elite soldiers. After their team was betrayed and massacred, the three surviving members went underground and built Haven, a community of misfits and geniuses. Now they're at a crossroads, facing a new threat capable of destroying everything they hold dear.

When Nick Ross disappears from Elle Thomason's life, she is certain she'll never see the man she loves again—except in her dreams. Ten years later, as a respected researcher breaking new ground in psychic phenomena, she sends a desperate call for Nick's help. One by one, her colleagues have started disappearing . . . and Elle knows she's next. An elite soldier, Nick never meant to hurt Elle, duty kept him away—and then she vanished. Now troubled by unusually vivid, disturbing dreams of Elle in danger, Nick will rescue the only woman he's ever wanted and bring her back with him to Haven.

Though powerful men are after Elle and her special abilities, Nick will die before leaving her side again.