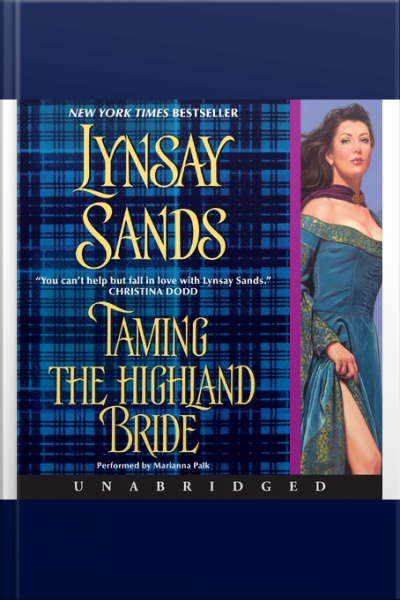 Merry Stewart has had enough! Enough of her brothers, whose behavior would make even the most improper lady blush. Enough of their Highland home, which would surely have fallen to ruin were it not for her. She dreams of escaping into the arms of her betrothed, Alexander d'Aumesbery—even though they haven't yet met. But when they do, Merry is devastated. It seems he's no better than the men in her family.

So beautiful, so brazen . . . From the moment he meets Merry, Alexander is determined to make her his. Desperate to convince her he's nothing like the members of her roguish clan, he will prove he is every bit the well-mannered gentleman. Yet, beneath it all beats a heart as intense and uncontrollable as hers. And finally, when his life is threatened, Merry realizes he's the husband she's been waiting for . . . and their passion becomes the one thing that cannot be tamed.