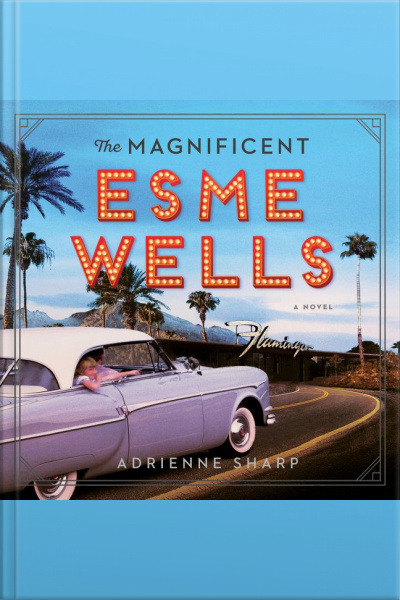 The Magnificent Esme Wells: A Novel

From the nationally bestselling author of The True Memoirs of Little K, a deeply felt and historically detailed novel of family, loss, and love, told by an irrepressible young girl—the daughter of a two-bit gangster and a movie showgirl—growing up in golden-age Hollywood and Las Vegas in its early days.

Esme Silver has always taken care of her charming ne’er-do-well father, Ike Silver, a small-time crook with dreams of making it big with Bugsy Siegel. Devoted to her daddy, Esme is often his "date" at the racetrack, where she amiably fetches the hot dogs while keeping an eye to the ground for any cast-off tickets that may be winners.

In awe of her mother, Dina Wells, Esme is more than happy to be the foil who gets the beautiful Dina into meetings and screen tests with some of Hollywood’s greats. When Ike gets an opportunity to move to Vegas—and, in what could at last be his big break, to help the man she knows as "Benny" open the Flamingo Hotel—life takes an unexpected turn for Esme. A stunner like her mother, the young girl catches the attention of Nate Stein, one of the Strip’s most powerful men.

Narrated by the twenty-year-old Esme, The Magnificent Esme Wells moves between pre–WWII Hollywood and postwar Las Vegas—a golden age when Jewish gangsters and movie moguls were often indistinguishable in looks and behavior. Esme’s voice—sharp, observant, and with a quiet, mordant wit—chronicles the rise and fall and further fall of her complicated parents, as well as her own painful reckoning with love and life. A coming-of-age story with a tinge of noir, and a tale that illuminates the promise and perils of the American dream and its dreamers, The Magnificent Esme Wells is immersive, moving, and compelling.